Today’s post is a little different from things I normally write about.  As some of you may know we have a lot of things going on with our kids.  My oldest is involved in and outdoor adventures crew and the DECA organization at his high school where he is officer.  My middle son is a high school freshman and has a lifelong passion for baseball with dreams of playing professional one day. My daughter is an awesome singer, singing with chorus, and a highly competitive softball player.  My wife, Amber and I are so proud of these three for the young men and women they are, the things they do, and how humble they are in all they do.  Whether they excel or not, they stay humble through it all, which is so cool to watch.  So here, I’m going to brag a little about each of them in things they’ve accomplished just this year.  Amber and I don’t do this much.  We’ve always taken the stance that we let their actions speak for them.  Seeing how they’ve grown through it all is amazing.

So starting with Shawn.  He is my oldest and will be a high school senior next year.  So crazy how time has flown since we brought him home from the hospital.  A very reserved and quiet young man, we’ve seen him grow up in so many way this year.  First, spiritually, he has such a growing heart for God.  You can see him light up and the way he is eager to learn about God and grow spiritually in his faith.  From his involvement with FCA and Bible studies at school to small groups at our church, I love seeing him grow.  In addition, this year, we’ve seen him breakout of the shell as he got involved in an outdoors adventure crew where he gets to go out camping, hiking, and then this summer will take a 250 mile bike ride across Maryland into DC.  So cool.  In school, he is high involved as an officer in the marketing and business club DECA.  Competing in competitions, he took 1st in the region, 3rd in state, and for the 2nd year earned  trip to the international competition held in Orlando this year.  Now as he moves into his senior year he’s planning college to study wildlife management and eventually would love to do outdoors ministry.  So excited to see where God takes him.

On to Brandon.  He is my second and going to be a sophomore in high school this fall.  Like Shawn, Brandon has grown to have such an awesome heart for God.  Seeing him light up in worship and in his learning about God and then watching him get into worship music when we’re home and in the car is awesome.  You can see God working on his heart as well. In addition, Brandon is very involved as baseball player.  He has dreams of playing professionally one day.  He has played competitive travel baseball for several years and as a freshman split time with JV as a starting catcher and Varsity as the bullpen catcher.  What’s been cool to watch is his growth and humility in his role on the Varsity squad.  While not on the field, he plays a valuable role in the bullpen and earning his way through the system.  He’s been an intricate part of that squad.  What’s also cool, is that tomorrow his team competes for the state baseball title for the first time in school history and him getting to be a part of that run with such a hardworking and humble group of young men has been an awesome growing experience for him.  Can’t wait to see where the Lord takes him.

Now to my baby girl, Ashley, Sweetface.  Such a precious, sweet, and beautiful young lady.  Ashley will be going into the 8th grade this fall, which again just floors me.  You want to talk a bout a little girl that had me wrapped around her finger from day one.  Watching her grow and mature, just like her brothers, she has such a beautiful heart for God.  It reflects in her worship and also in her quest to learn more about God in our conversations.  She has had to deal with some drama with friends as many teenagers do, and seeing how she loves her friends through their troubles even when friends say they lost faith, the love of God just shines through her as she continues to love on them and them know God loves them.  In addition, Ashley is a chorus singer at school.  An amazing singer and she loves to entertain.  In addition, she is an awesome writer.  I think she takes after me in her love for writing and unlike me, she has a real knack for story telling.  Ashley is also a very competitive softball player.  Playing travel softball and with her school team as a catcher and 3rd baseman like her brother.  She has dreams of playing college softball one day as well.  I’m so  excited about her future and where God will lead her.

God truly blessed Amber and me with some awesome kids.  As our home has grown spiritually it’s awesome to see it reflect in their lives.  Through all their accomplishments, through all their hard work, they stay so humble.  They have a love for God and know that He is going to lead them.  They’ve grown to understand that things aren’t always easy, they know God will love them and lead then through it all.  As Jesus teaches in Luke 14, “Those who exalt themselves will be humbled, and those who humble themselves will be exalted.” I believe my children reflect this.  They delight in their accomplishments, but they don’t let it define them as they know that comes from God first, not their own doing.  Once again, I’m so excited to see where God leads them as they grown in Him into adulthood.  I can only take them so far as their Dad, but we share a Father in God who will take them the rest of the way. I can only hope that I do what I can to continue leading them to Him and to seek Him everyday. 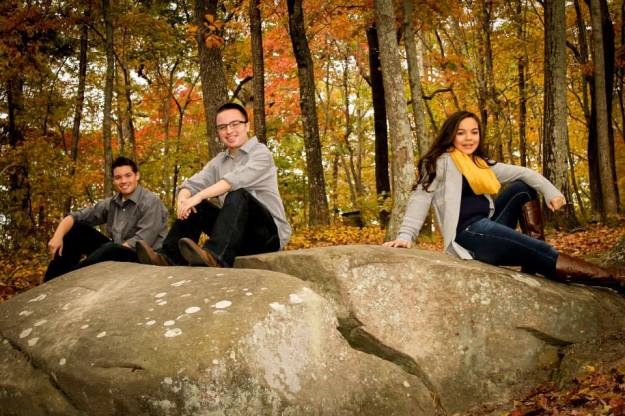