I think heavily this week, as we draw closer to Easter on the overall power and meaning that this week brings.  Christmas is a wonderful day and I love to celebrate the birth of Christ and the season, but that day is meaningless without Good Friday and definitely without Easter.  I look at this weekend with so much joy with what we have been given, because of this man, Jesus.  The utter pain and torture he experienced is unimaginable.  He willingly went forward to follow the Father’s will.  He knew the purpose that was laid out before Him and went through all of this…FOR US! 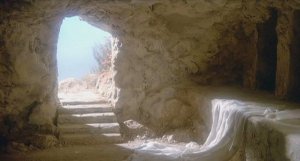 Galatians 5:1, “It was for freedom that Christ set us free.”  Because He willingly shed His blood and laid down His life and because He conquered death after a battle ensued in hell, Jesus bought our freedom.  He was the ransom paid to give us our undeserved freedom, but a freedom that was meant for us since before creation.  1 Timothy 2:6 tells us that Jesus “gave himself as a ransom for all”  That key word there is all.  This was not just for one segment of people.  This was for everyone on the face of the earth who hear the Good News and turn to follow Christ.  It is made available to everyone. 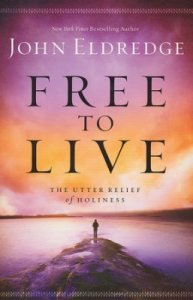 I ponder this freedom quite often.  I have a sticker on the back of my truck with Galatians 5:1 referenced.  It is a constant reminder that I see in my mirror as I’m driving.  What does this freedom really mean to us?  God intended us to be live in freedom from the very beginning, but we still face a problem where many Christians still find themselves living in bondage and not experiencing the freedom to truly live as they were meant to live.  As John Eldredge shared in Free to Live: The Utter Relief of Holiness, “The way of holiness was never meant to be a labyrinth of complexity and eventual despair.”

We have been set free from the bondage of sin and we no longer have to live under the old laws of religion that kept the Jews and still keeps many religions in complete bondage.  True freedom lies in the fact that we can be restored and seek to live in the righteousness and holiness we were created for…Ephesians 4:24, “Put on the new self, which in the likeness of God has been created in righteousness and holiness of the truth.”

As a human race, we have fallen so far from grace.  We have rebelled greatly over our existence against God.  Sin infiltrated us so deeply that we have become a vile creation.  Look at what we have today.  It’s on our tv, on social media, we see it on the news with people killed every day all over the globe.  We have fallen a long way.  Yet despite all of that.  Despite the distance we created between ourselves and the Father, He still pursues us.  How awesome is that?  We are pursued, even though we don’t deserve the grace He has offered us through Jesus.

“But Jesus is different. He is not ruled by the false self, not informed by habitual reactions and pre-programmed responses (like us), crafted with sophistication over decades to disengage from real relationship, in order to self-protect and avoid shame.

He is free. Free to move in  the service of love. He lives in union with His Father. Ever accessing the resources of Heaven that flow freely into Him. Ever aware of what His Father wants to bring through Him in His day as a man walking among us, and making a particular life available to us.”

Jesus is FREE.  Jesus lived the life that we were all mean to live.  In complete union with the Father.  He did not conform to the ways of this world nor to the jacked-up rules of religion.  This is the freedom we have now.  To be able to live out lives walking in union with the Father through Christ.  Not be ruled by our false self.  Not to be ruled by sin and to be conformed to this world and its twisted ways. 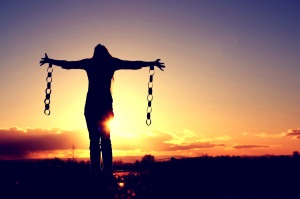 I’m grateful for everyday I get to pursue this freedom and live in it.  It’s not always easy.  We spend day after day being tempted to go in one direction or another.  To pursue things of this world that will completely take us out and kill our soul.  We don’t have to live that way.  When you realize the freedom that you truly have in Christ and what that really means, it’s amazing.  As KB says in his song ‘Zone Out,’ “Once you’ve truly seen the Lord, you’re obsessed with what you’ve seen.”  It’s life changing to find that freedom, to know what it is to be sanctified daily seeking holiness and righteousness.  We didn’t deserve that freedom, yet it is offered, because of who we are, but because of who God is and what Christ did for us.  We are free to live and free to love God. 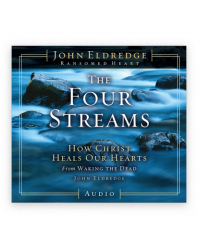 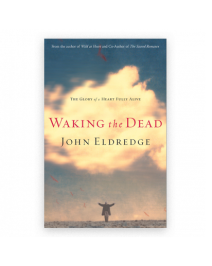